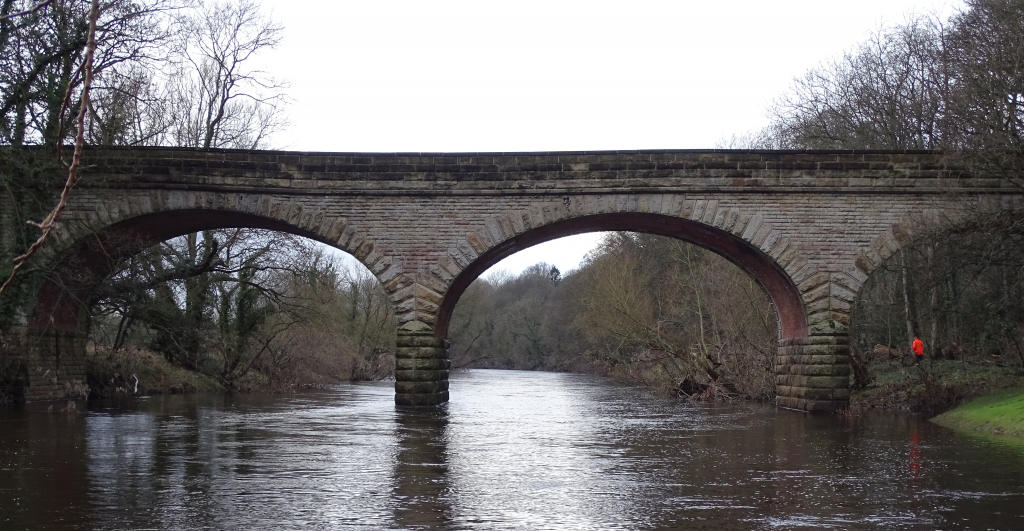 In 2015, Storm Eva – measuring 84mph – hit West Yorkshire. This caused massive power cuts and major flooding in the area. During the aftermath, cracks appeared on the carriageway of the historic Grade II listed Linton Bridge and there was visible damage to the parapets. Bridge deck settlement was also apparent.

BMM JV (a BAM Nuttall and Mott MacDonald joint venture) were contracted to investigate the flood damage, protect the structure from further damage and design the repairs in partnership with Leeds City Council. Due to safety issues and cost, it was proving difficult to find a way to continuously and effectively monitor the movement of the bridge manually.

Mott MacDonald contacted Senceive, as it was aware of its wireless capabilities to monitor settlement of the bridge remotely to sub 1mm resolution. The stable and robust monitoring system was installed by the BAM team within three hours. Ten high precision tilt sensors, mounted on beams, were mounted on each parapet wall.

The FlatMesh wireless sensors communicated data to a solar 3G gateway, allowing the monitoring to be completely wire and mains power free. Data was immediately available on the FlatMesh WebMonitor visualisation software. This helped the city council assess the ongoing stability of the bridge without putting anyone at unnecessary risk. 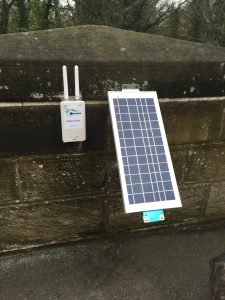 Both parapets showed c.4mm of movement over four months. A temporary piling platform was then built on both sides of the bridge; steel tubular piles were installed into the river bed and filled with concrete. As part of the stabilisation works, cracks in the arches were stitched and grout was injected into the ground beneath the south pier. This made the bridge safe to work on and robust enough to carry the construction equipment. The wireless monitoring continued for a further period of approximately 10 months to assess whether there was any further settlement and the system was finally removed 1 year after Storm Eva. 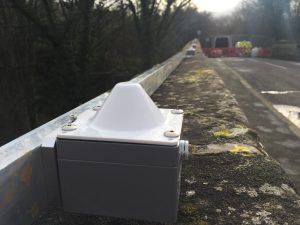